Welcome to Kochi, and experience the rich heritage of centuries. The Arab, Chinese, Dutch, British and Portuguese missionaries and traders all followed the sea route to Kerala and left their mark on the landscape and the culture of the region.

The spice trade made Kochi the gateway to old India; it was from here that colonization of India, and even Asia, started. Kochi was the first European township in Asia.

Kochi, formerly known as Cochin, or Kochi) is the main city in Central Kerala. It is located on the Malabar coast.

Discover the ancient architecture and step into religious landmarks like the Santa Cruz Basilica, the St. Francis Church and the Paradesi Synagogue at Mattanchery.

Most featured destination attraction in Fort Kochi is the Chinese fishing nets believed to have been installed by either Chinese traders or the Portuguese who came from Macau in the 14th century.

The Indo Portuguese Museum inside the Bishop's house delves further into the area's history through it's Portuguese artefact collection. Museum timings, Tuesday to Sunday 10:00AM to 17:00PM.

The three centuries old, Dutch Cemetery at the end of the beach walkway has the tombs of hundreds of Europeans from before 1913. It is open to visitors on request.

The Mattancherry Palace also known as the Dutch Palace, was a gift to the Rajah [king] of Cochin from the Portuguese. The protected complex is a brilliant example of traditional Kerala architecture, housing portraits of the Rajahs [Kings], murals of Hindu mythology and other artefact from the ancient ruling time.

Walk around Jew Town, Mattanchery, stroll past the spice and tea merchants, peep through the old wooden doorways that open into tiny lanes where spice warehouses can be spotted, and peek inside the antique stores. 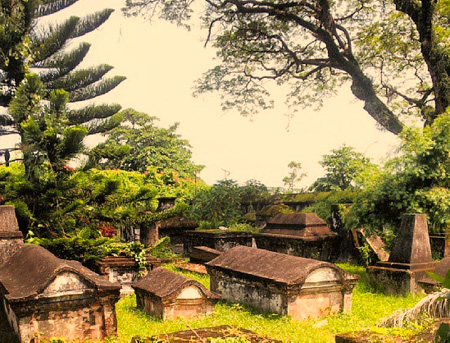 Three centuries old, the Dutch Cemetery at the end of the beach walkway has the tombs of hundreds of Europeans from before 1913. It is open to visitors on request.

Built in 1568. Also known as the Paradesi Synagogue, is the oldest synagogue in the Commonwealth of Nations,located in Kochi.The Mattancherry Palace temple and the Mattancherry synagogue share a common wall. 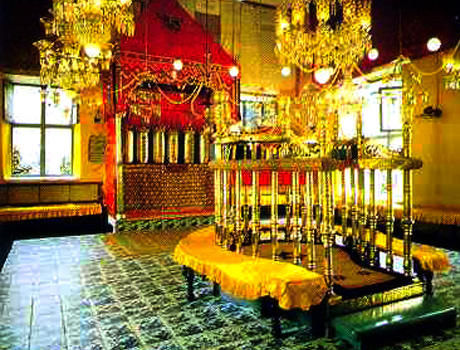 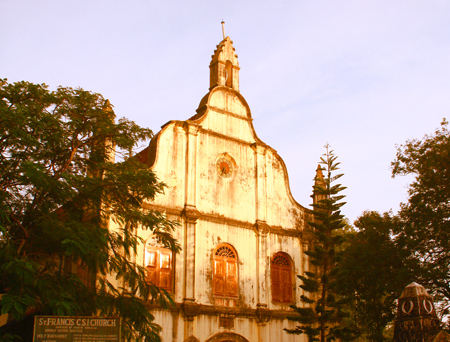 Originally built in 1503, by the Portuguese is the oldest European church in India It's most famous for the fact that it was once the burial site of explorer Vasco de Gama, who died in Kochi in 1524 (his remains were later taken back to Portugal).